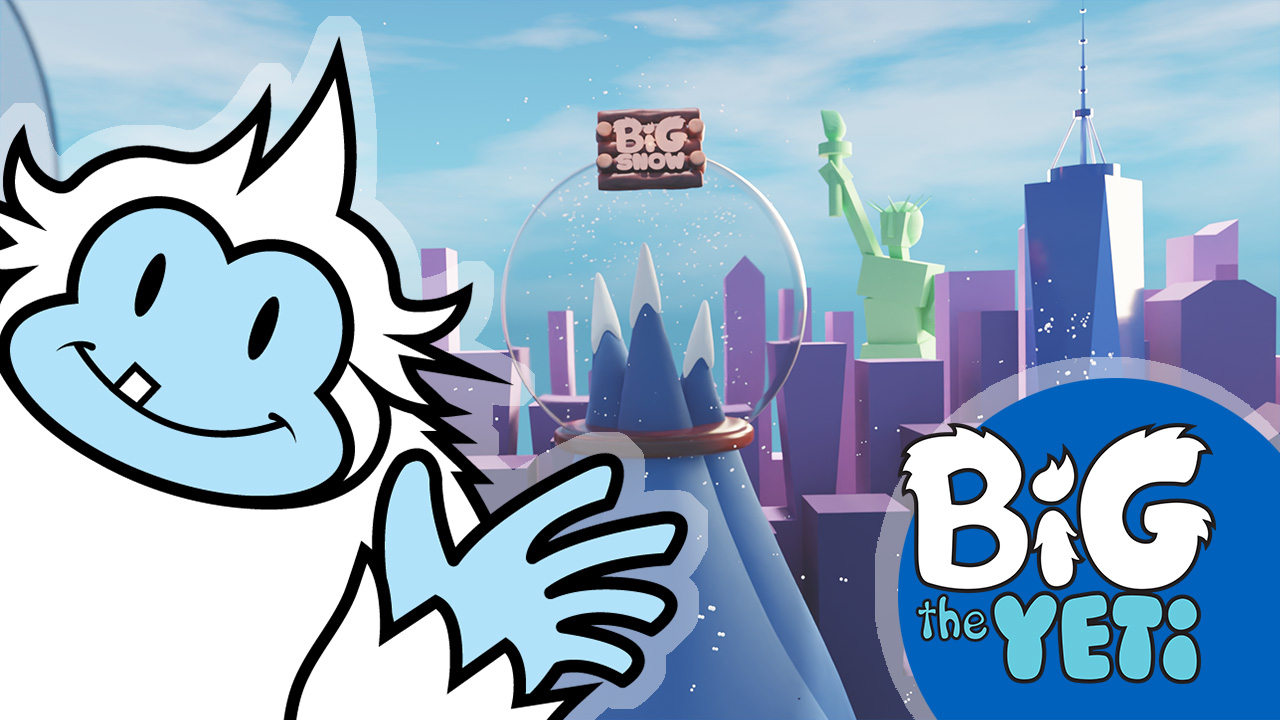 “As we continue to grow SNOW partners between our physical locations and technology, we’ve found that video production and content is essential for our long-term strategy. SNOW Studios will power the launch of e-learning and training for SnowCloud as well as support the operations at Mountain Creek and Big SNOW, and also give us an opportunity to enter into new markets such as the entertainment content we’re producing with BIG the Yeti,” says Joe Hession, CEO of SNOW Partners.

SNOW Studios is debuting with its first original animated series, ‘BIG the Yeti’ available starting today on YouTube. Inspired by the character ‘BIG’ from Big SNOW American Dream, ‘BIG the Yeti’ features a colorful cast of fictional characters adventuring through a vibrant world where imagination knows no limits. The series is designed for children ages two to five. Episodes are both entertaining and educational, including puzzle games, the alphabet, counting, shapes, colors, and story arcs that toddlers and preschoolers are sure to enjoy.

“From the moment Big SNOW American Dream opened and ‘BIG’ made his debut in 2019, we knew we had something special. He’s such a likable character! He has this unique warmth and effortless cool factor to his playful personality. It’s just so fun to take that and run with it beyond the walls of the snow dome,” Halley O’Brien, COO of SNOW Studios.

The ‘BIG the Yeti’ series will also weave informational and educational tips, lingo, and geography pertaining to skiing and snowboarding in an effort to increase interest and familiarity with the sports, while breaking down the barrier of entry for our youngest first timers and their parents.

BIG the Yeti is brought to life by SNOW Studios animator, James Pruiskma who joined the team in May of last year to begin work on the series. When he’s not penning the next adventures for BIG and his friends, or creating other content for the SNOW family, James is creating content in real life and generating smiles as Mountain Creek’s black bear mascot, ‘Vern.’

Halley O’Brien is bringing her extensive resume of television and web production, which includes creating and hosting the Emmy award winning series, ‘The Snow Report Show’ to the development of BIG the Yeti.

“Ever since becoming a mom, it has become a dream of mine to create quality children’s content. We have a three-year-old son and just welcomed twin boys earlier this summer, so we will have a great test market right here at home! And while our family isn’t anti-screen time, we certainly recognize that not all content is created equal. We know what material interests our 3-year-old, and when that lines up with something entertaining and educational, it’s a beautiful thing. That’s our goal; to create something lovable and valuable for kids and parents alike,” Halley O’Brien explains.